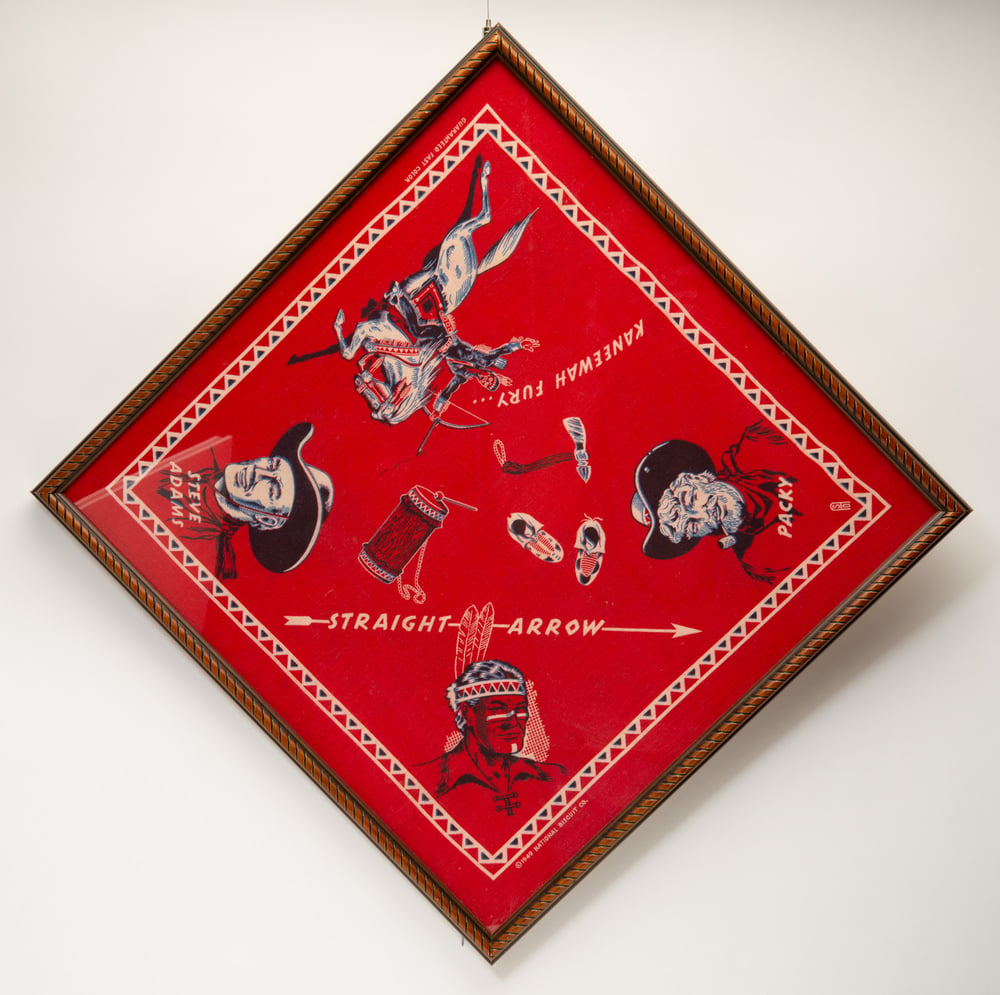 Snuff Garrett a famous 1950's -1960s Music Producer had and epic collection of western artwork, these framed bandanas hung in his home here in Southern Arizona. This one is of the Straight Arrow Radio Program, Straight Arrow was a dual role with our super hero (Straight Arrow) being a Native American who would go out and do good deeds and save people from the bad men. It was a radio show so you never saw peoples faces just their voices I would be curious to hear the program now. This bandana was a Nabisco Product Tie In which means they sponsored the show and offered this a premium to promote the show and their product. Dated Nabisco (National Biscuit Company) 1949, is framed in a rope like wooden frame with glass and measures 18.5 by 18.5 inches. These were professionally framed and will be professionally packed to prevent damage. The frames may have minor scuffs from moving them around see photos.

See my other auctions all ending around the same time for 9 other framed Western Bandanas from Snuffs personal collection and his pair of custom made boots.