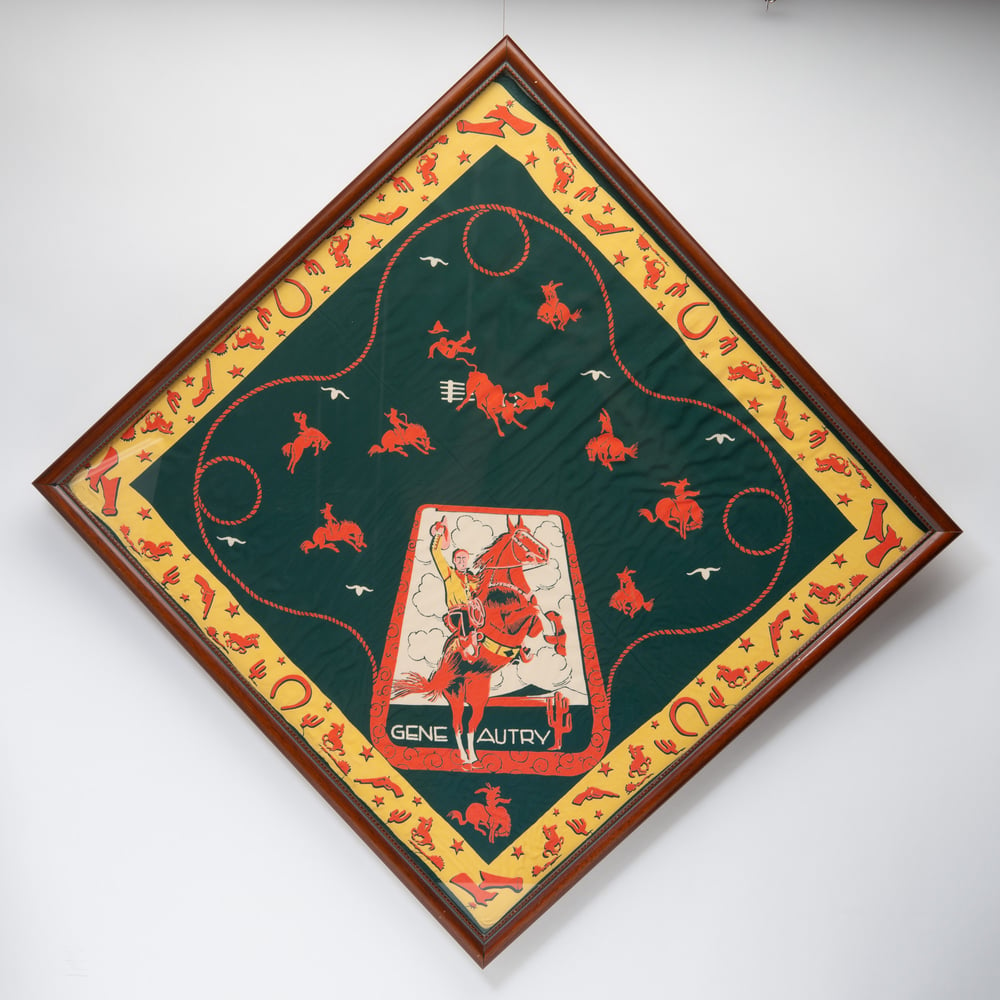 Snuff Garrett a famous 1950's -1960s Music Producer had and epic collection of western artwork, these framed bandanas hung in his home here in Southern Arizona. This one is of Gene Autry from the 1940's is framed in a wooden frame with glass and measures 21 by 21-3/8ths inches. These were professionally framed and will be professionally packed to prevent damage. The frames may have minor scuffs from moving them around see photos. See my other auctions for 9 other Western Bandanas from Snuffs personal collection. This framed bandana can be hung as a diamond or a square see photos.