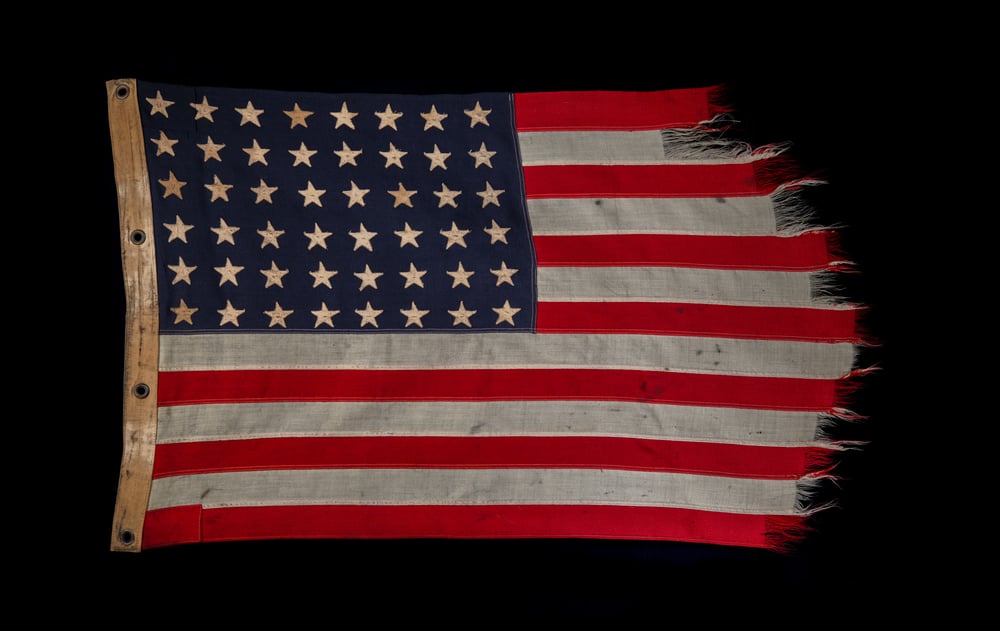 World War Two U.S. Navy Ship, Boat or Submarine 48 star flag that has been worn and tattered by wind and war. It has heavy duty re-enforced blue patch with a star in the upper left corner and double thick patch in the red stripe corner as well 4 brass grommets where it mounts to a mast. Its worn from months of use during WWII or the Korean War and tattered from sailing headstrong into the wind. Its stamped U.S. XXX can't read the last three letters but this is the designation for a US military flag. One of a kind, showing how the American Flag and what it symbolizes survives the test of time and the elements. When I picked this up the first thing I thought of was the World Trade Center Flag that was pulled from the rubble of 9/11. Its 26.5 inches tall by 43.5 wide. I have not seen a land flag wear like this so I think it was on a U.S. military ship boat or submarine.

Ships for $18 by Priority Mail in the USA