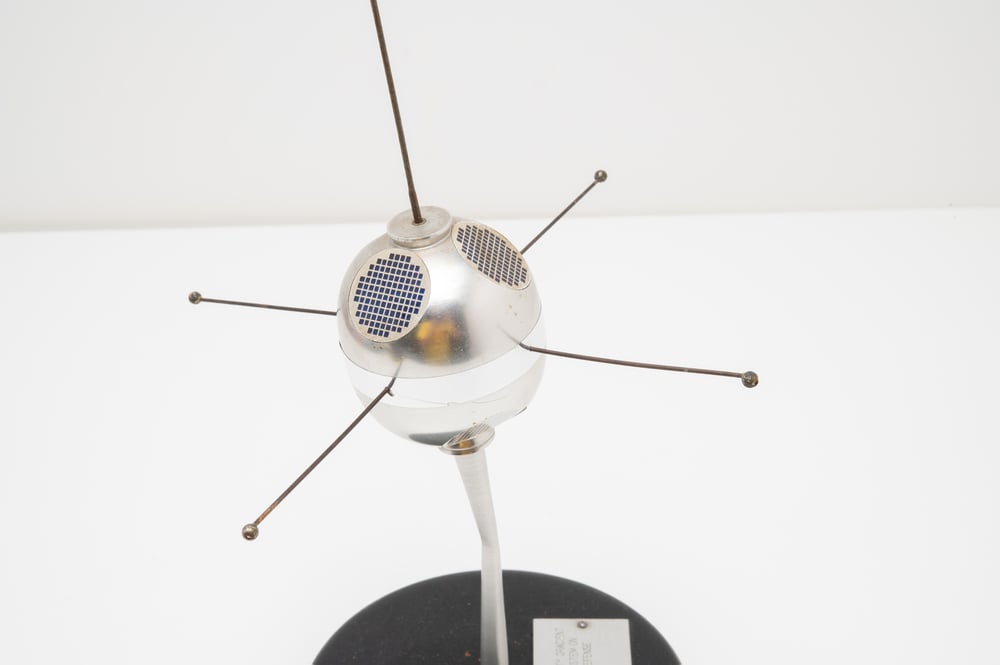 Rare 1960’s vitnage General Electric Department of Defense satellite manufacturers desk model. This was probably made in General Electrics own Machine shop and is called " General Electric Gravity Gradient Attitude Control System on a Department of Defense Satellite. This probably dates to the Early Cold War time period 1963-1967. I have not been able to find much information online. Maybe only this one model was made so its pretty rare. If you collect Nasa, Space and Satellite models this is for you! I bought this from an Estate of a long time Nasa and Space collector.