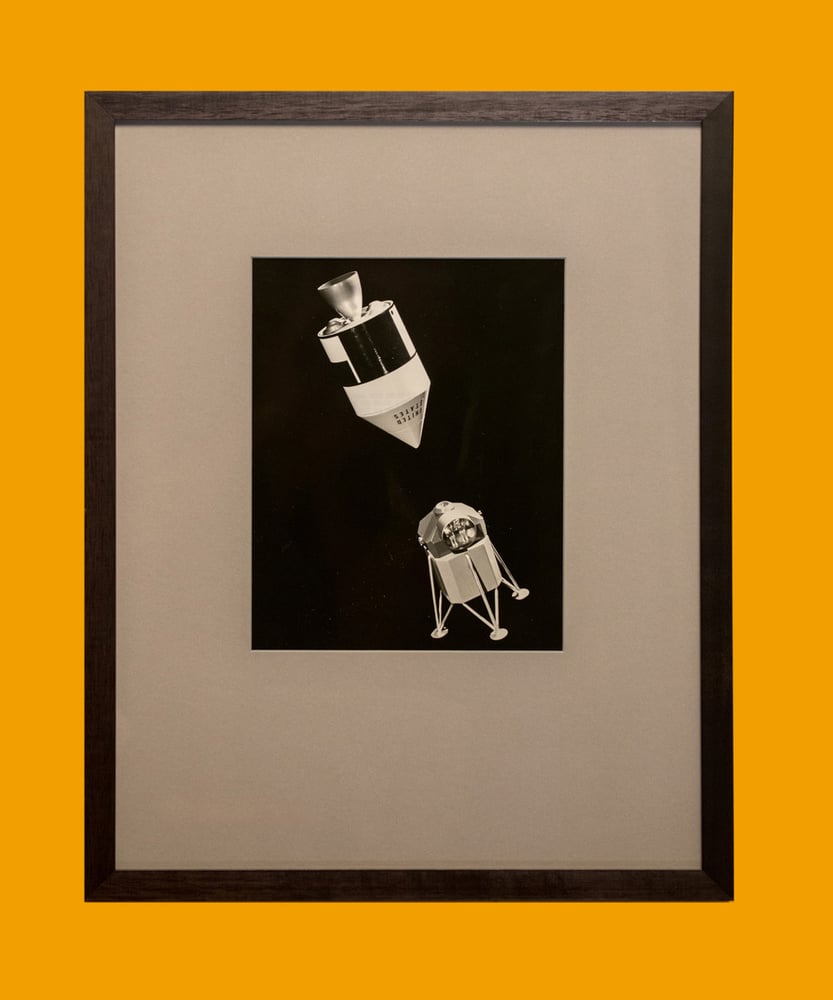 NASA (c.1963) Black and white photographs by NASA when the Apollo spacecraft was still in its design stage. The booklet that came with this launch series calls this a Spacemobile, NASA had not even come up with the term spacecraft yet. These show the stages of the Saturn V rocket and the different motions the Command Service Module (CSM) and Lunar Module (LEM) would make during the Apollo 11 and 12 mission. These models were shot in a NASA studio probably on a 4X5 or 8X10 Camera to send out to Magazines and Newspapers. Check out the Lunar Module, these models were from before the LM was designed look at the scale of the base and apparently it was going to have a big picture window so the astronauts could see everything. I have ten that are framed and down at the shop although I've never even seen one of these before and I have researched at a Nasa photo archive. Original B&W prints on Agfa fiber base paper. I also scaned the back of the prints so you can see the captions and the AGFA watermark on the backside of the paper. If you collect NASA Apollo Mission artifacts you need these for your archive they are very unusual and rare. Or stop into the shop to see all 10 that are framed.